The Russians are coming

The Russians got their first outing against my brothers Teutonic Knights. These are new armies for both of us, with lots of heavy cavalry in each army. Think its going to be a quick battle as both armies charge into each other.

Showing off before the battle 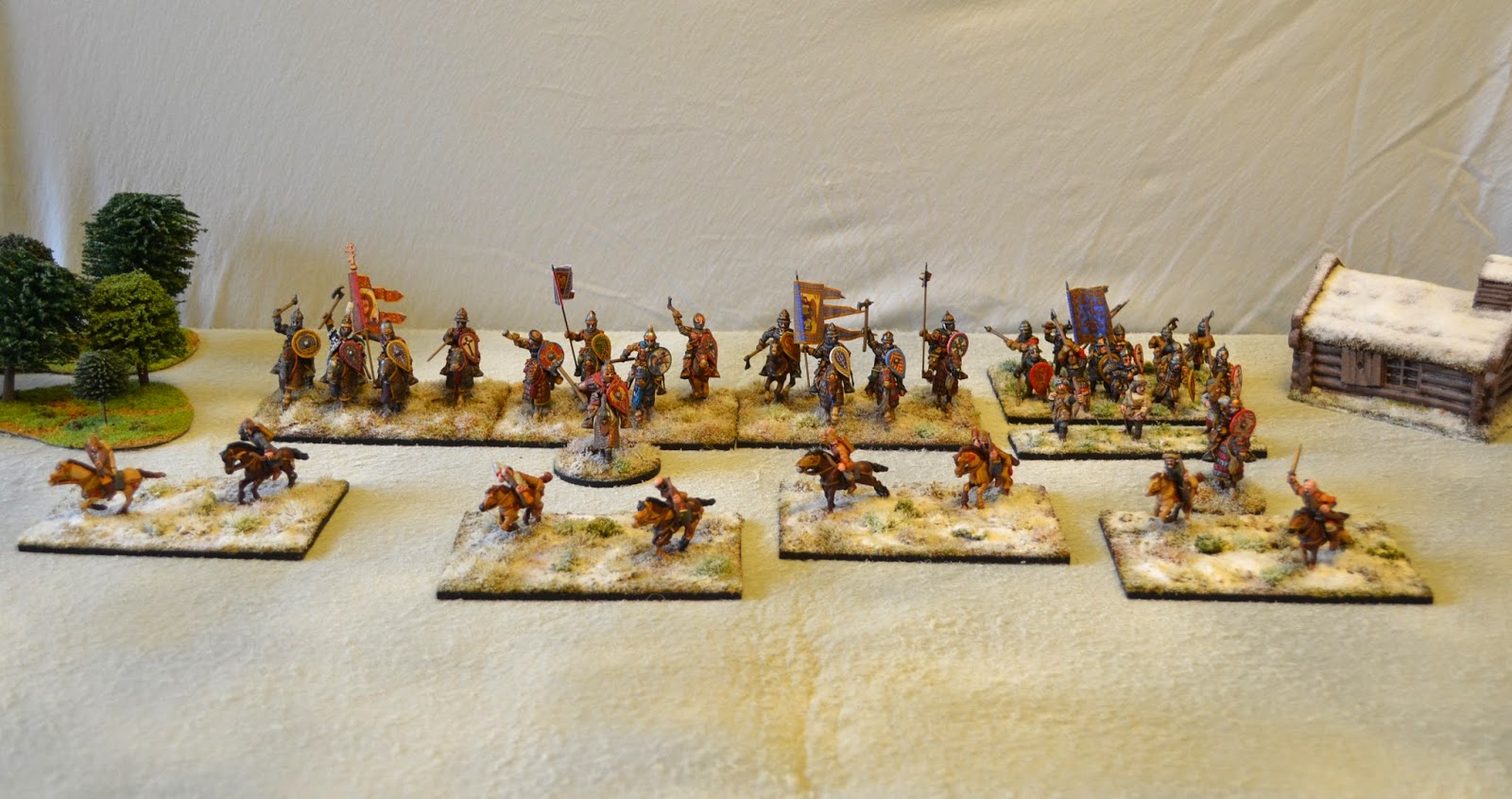 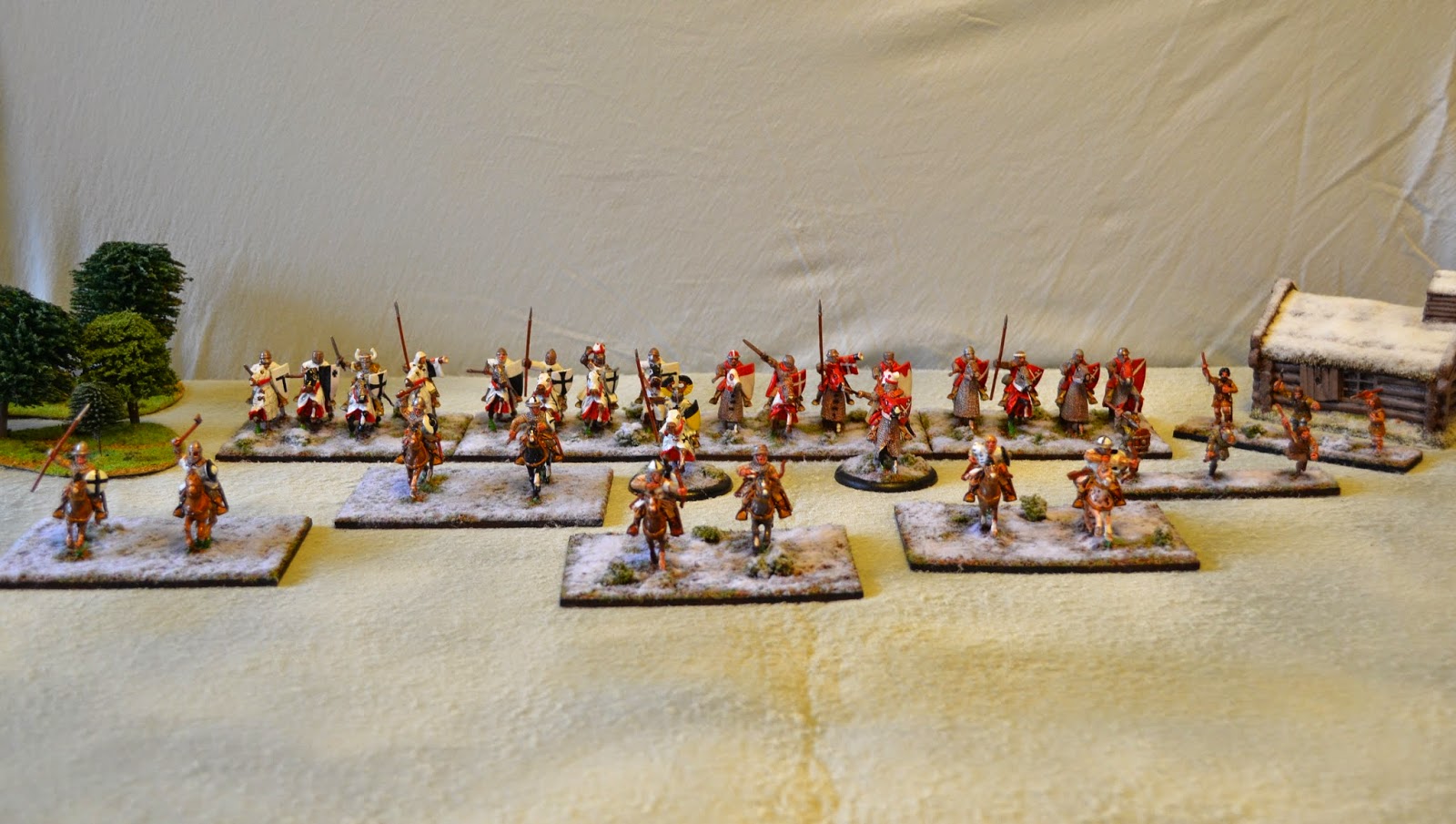 The Teutonics deploy in two commands, one on each flank 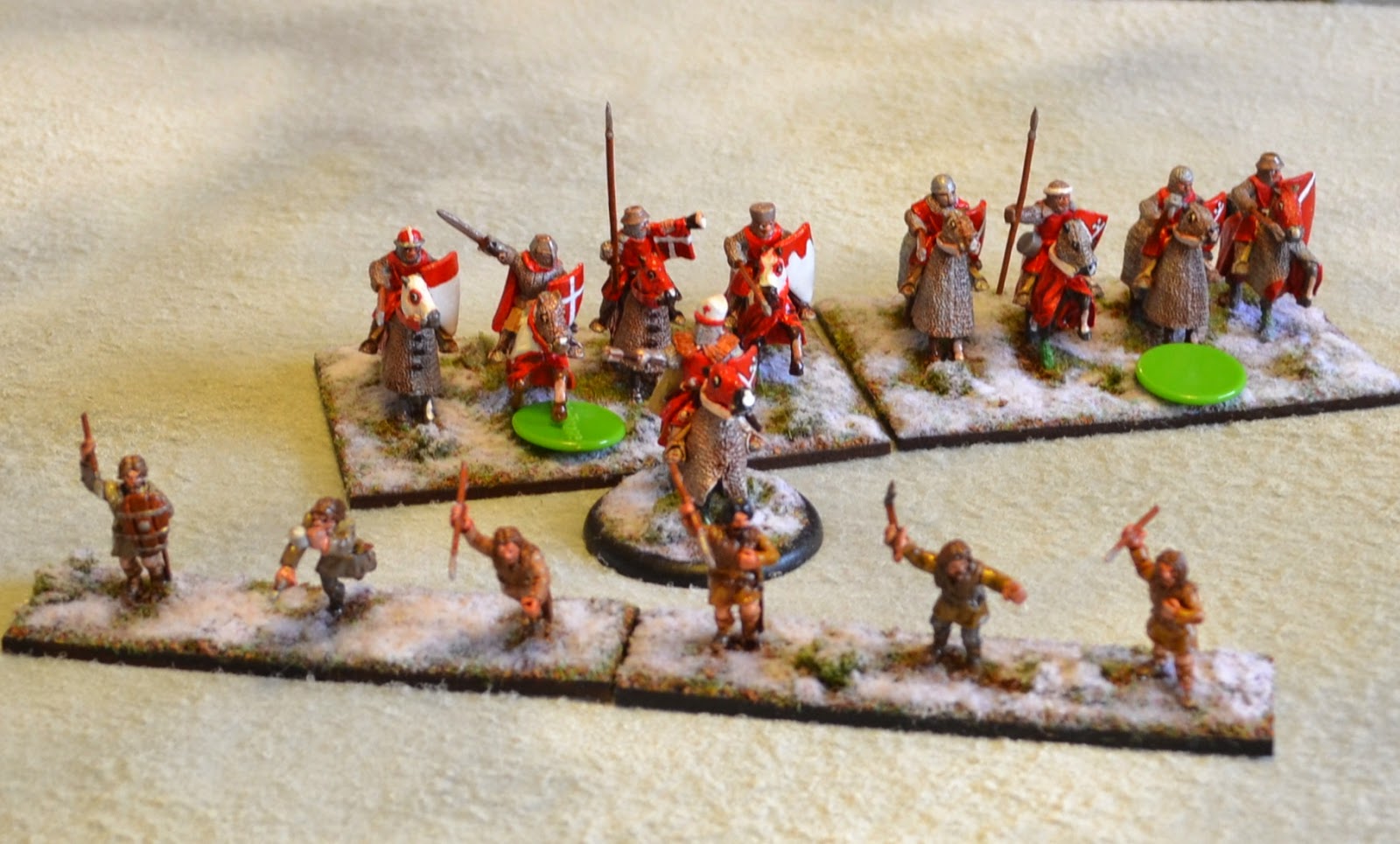 The Russians charge out to meet them 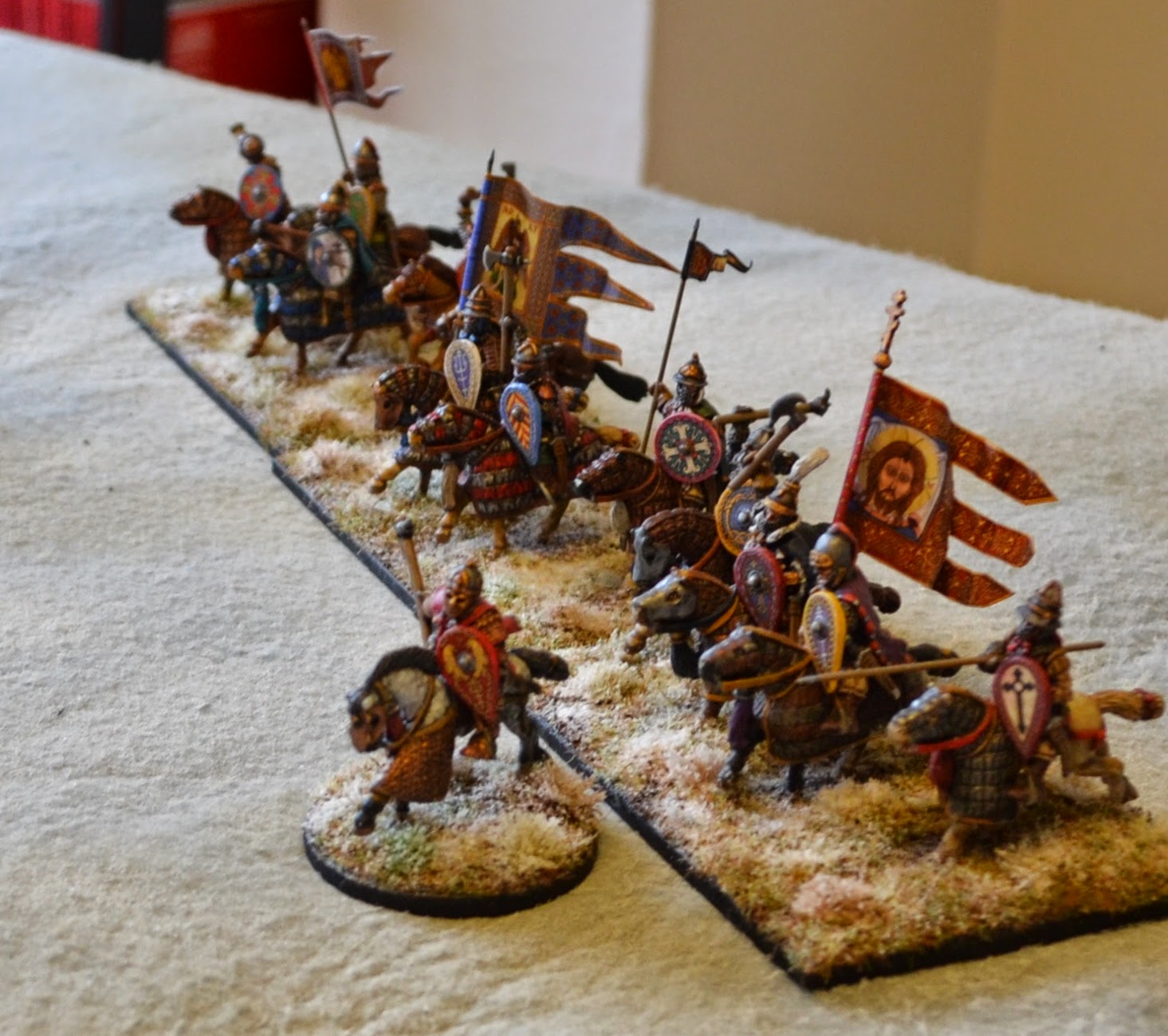 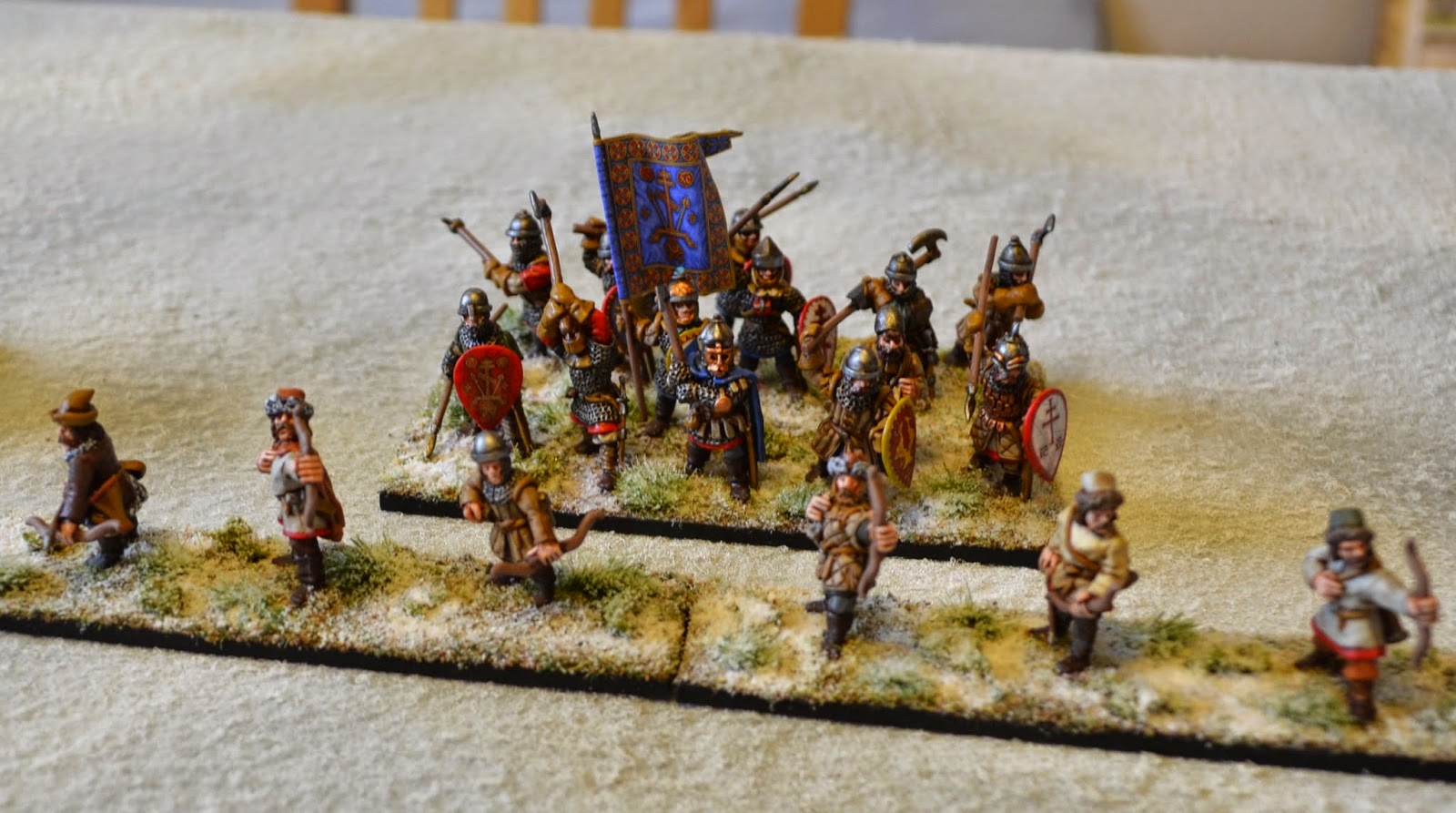 We played the game using the new tournament amendments. The cropped up a couple of times. Firstly the Teutonic light cavalry fails its evasion roll and gets destroyed by the Russian cavalry. Secondly the Support rule helps the Russian cavalry grind it out with the Brother Knights. 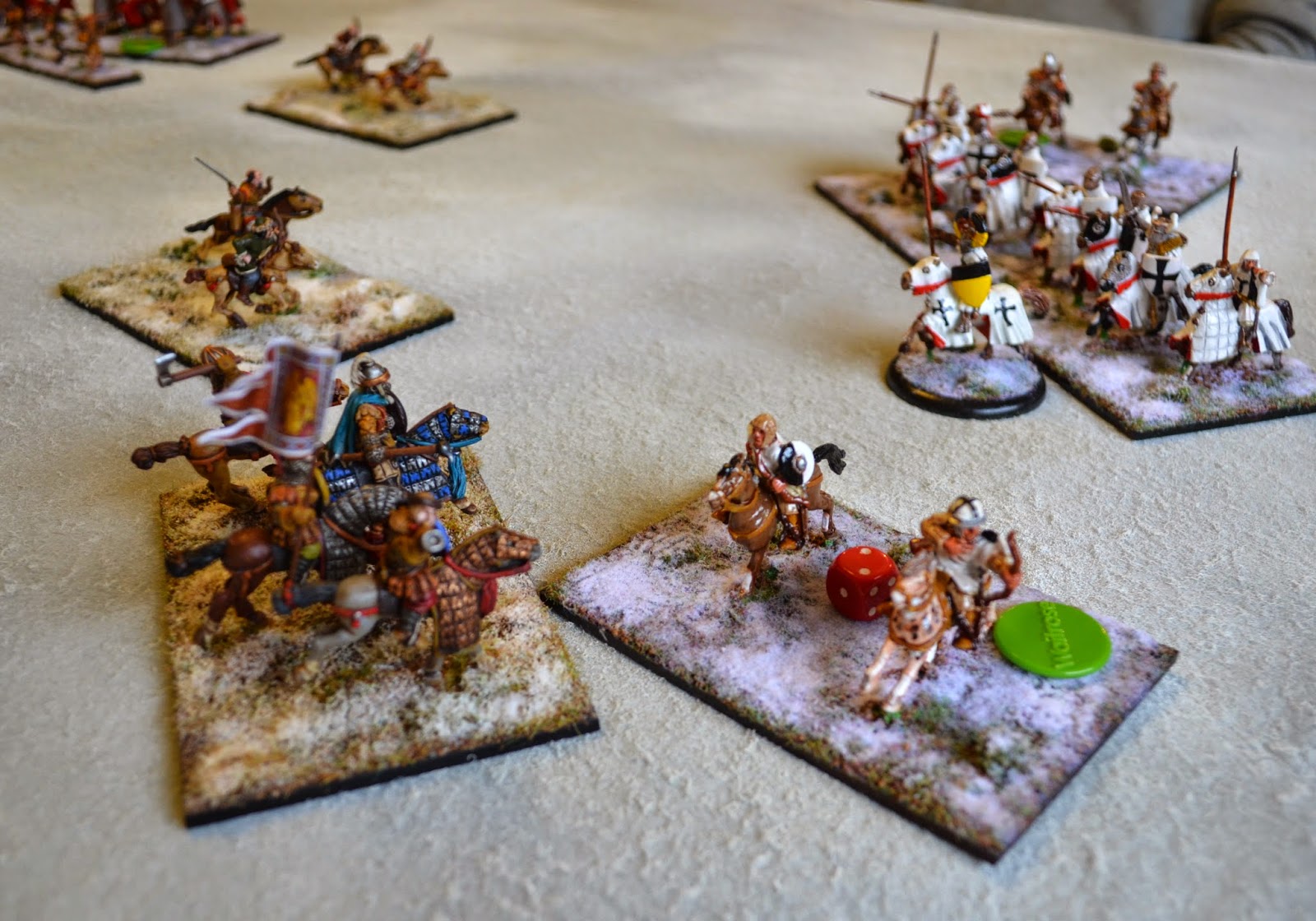 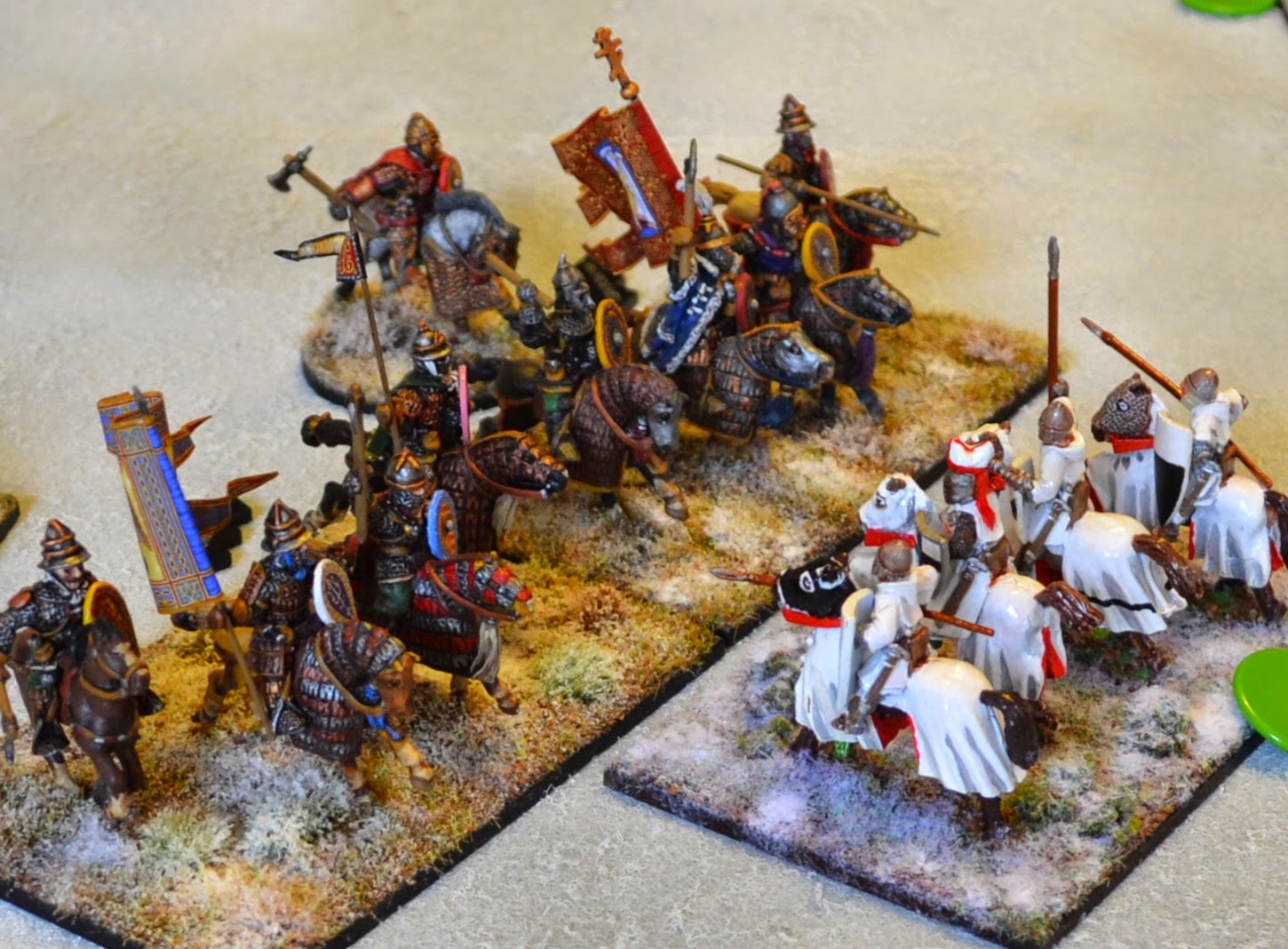 Eventually the Russian foot make a triple move and manage to flank the Bishops Knights. They win the combat destroying them and breaking the command and the army. Result is a Russian victory. 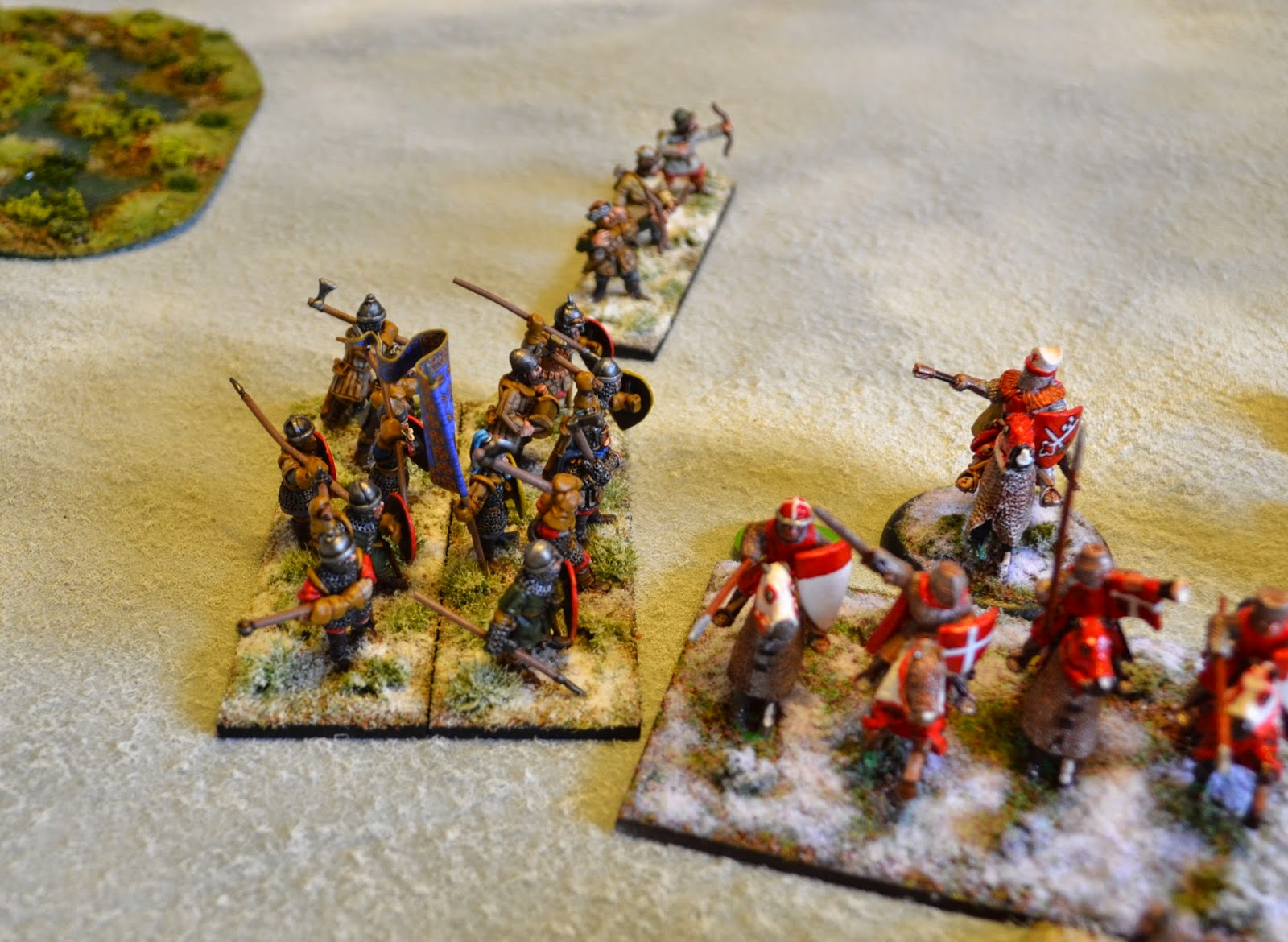 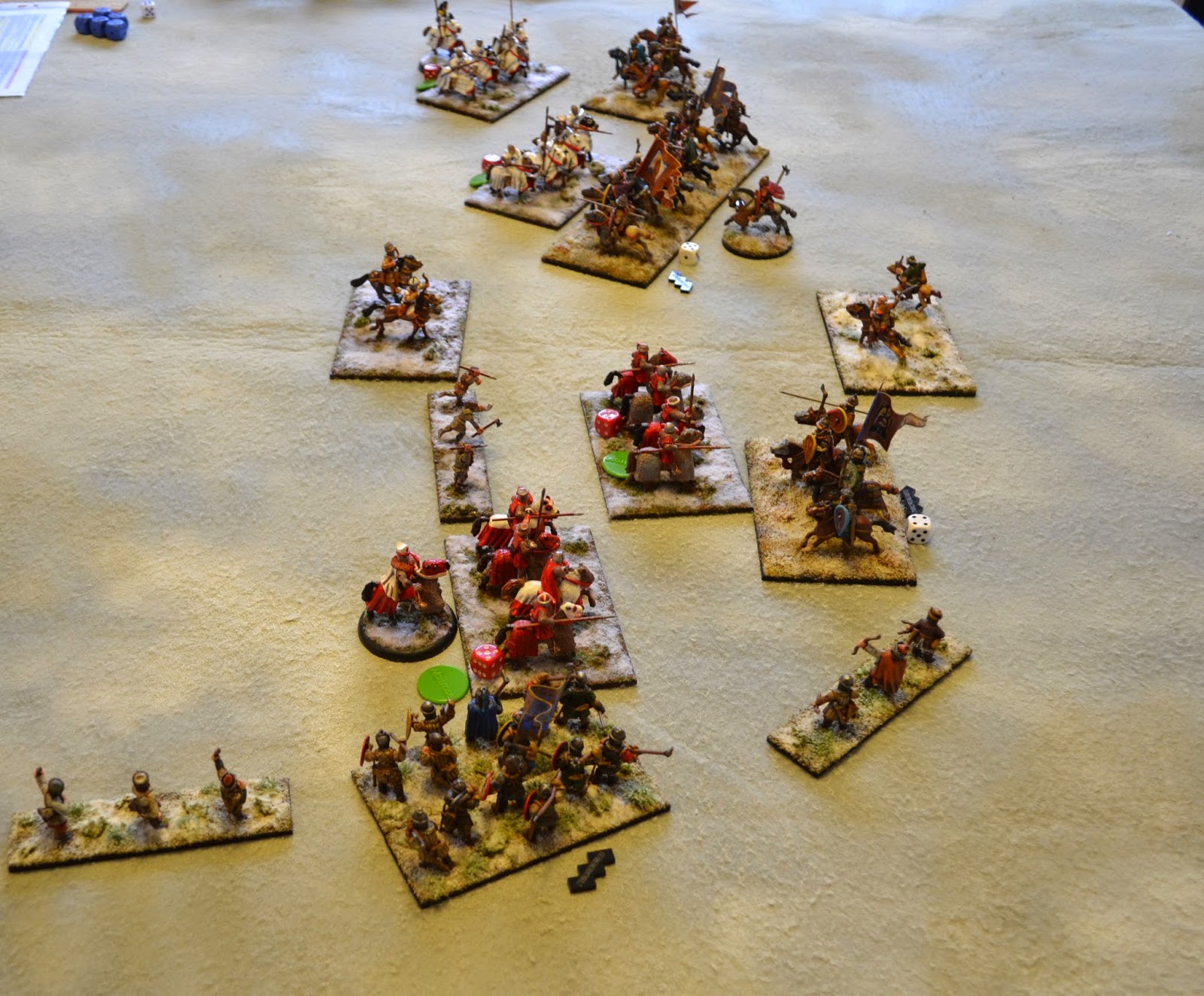 The game was played on a piece of grey felt that had a couple of white cans of paint sprayed over it, Quite happy with the result, think it will look great when we have finished some winter terrain and base camps to go on it.

Posted by flyingshedpainting service at 09:27 No comments:

Been working hard in my spare time to finish off my next Impetus Army. Rather then paint up units in drips and drabs for the first time i planned out what units i wanted and bought only the minis i needed in one go. It worked out well and didn't leave me with loads of left over lead or half finished projects.

Rather than show any WIP photos, i though i would hold off and go for a grand reveal.  So here they are - Alexander Nevsky Medieval Russians. The figures are all from Gripping Beast. My brother has been busy painting up some Teutonic Knights as opponents. We have our first game planned soon, so i have just managed to paint them in time. Still have a base camp and some snow themed terrain to build. 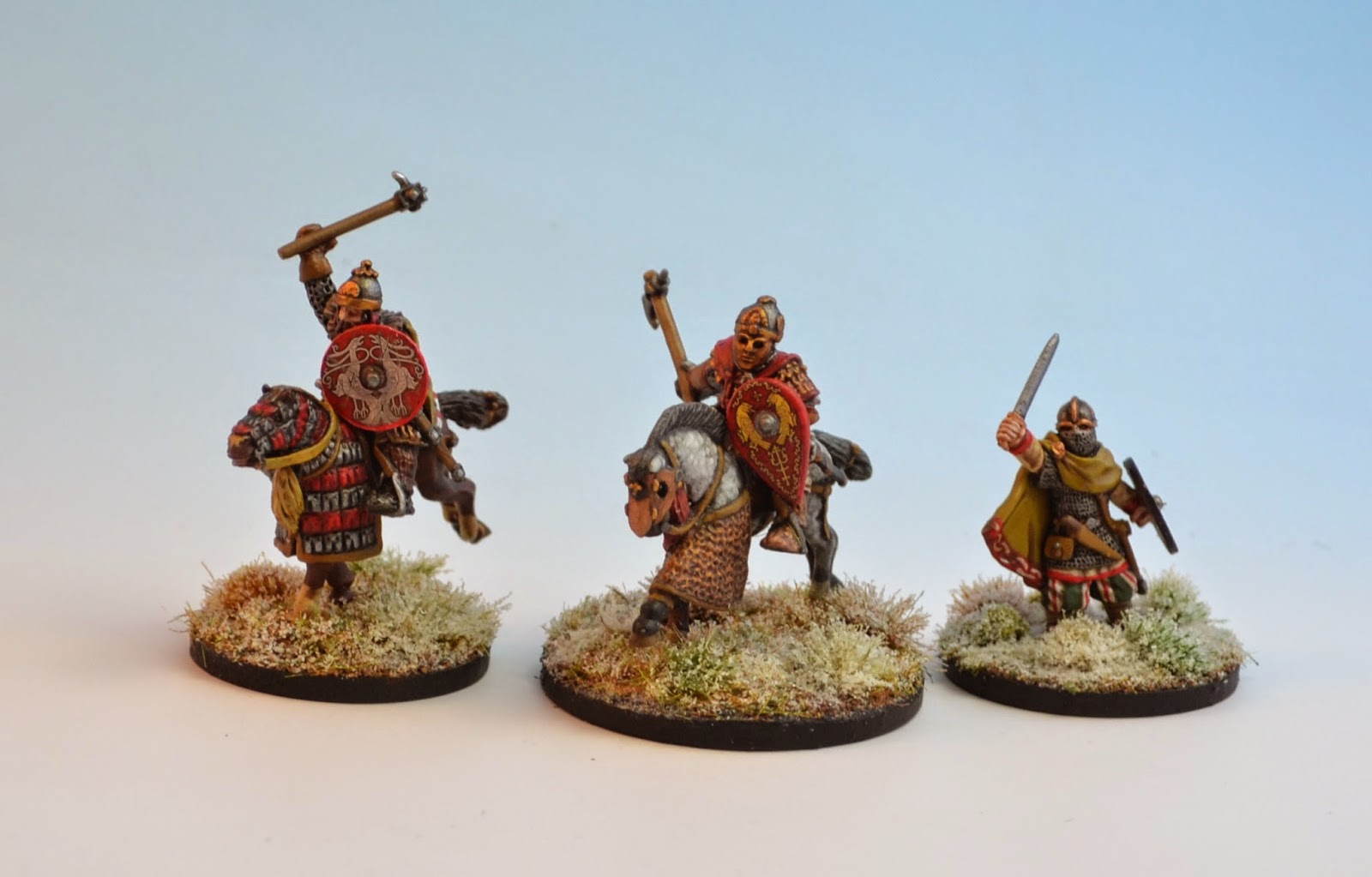 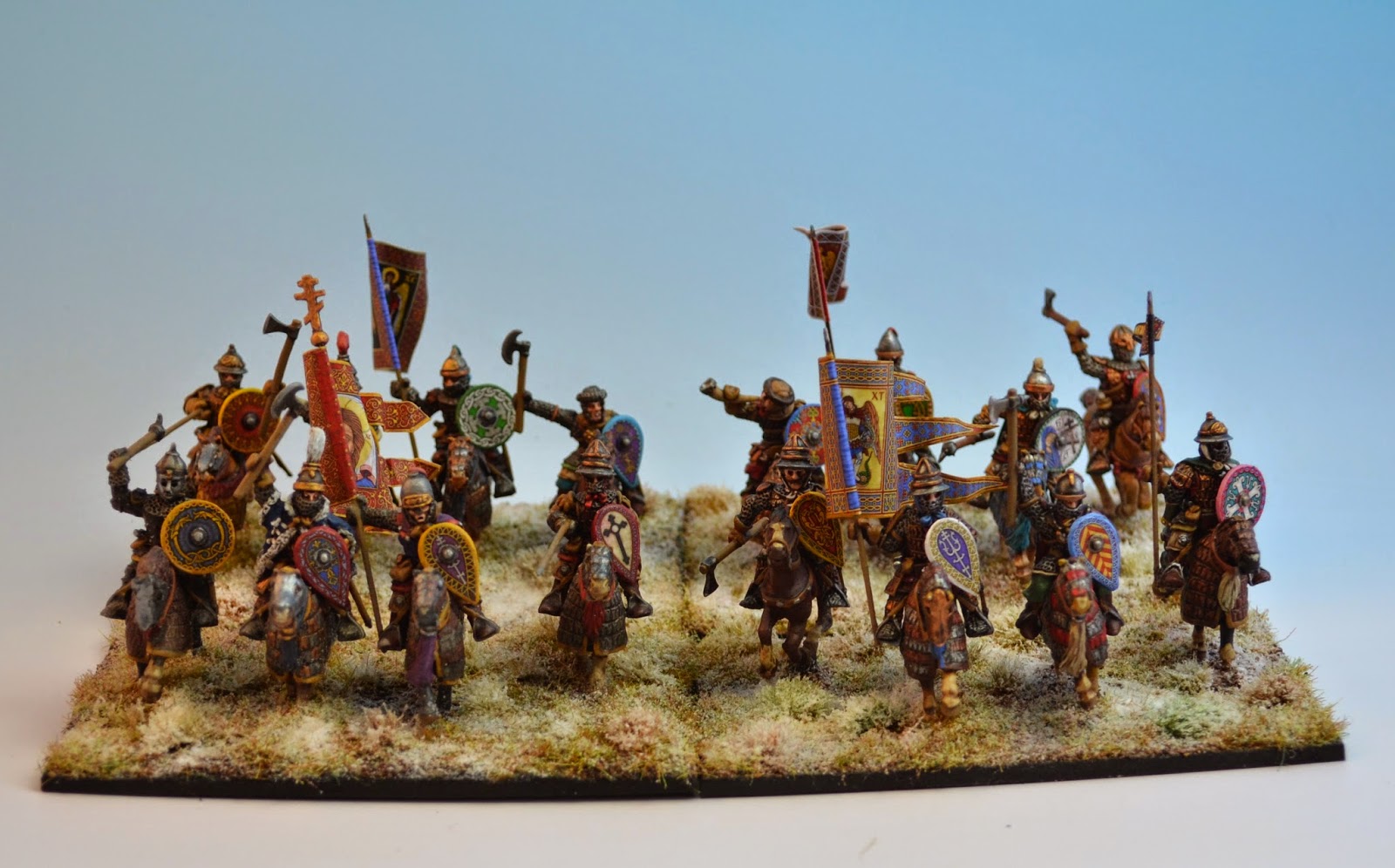 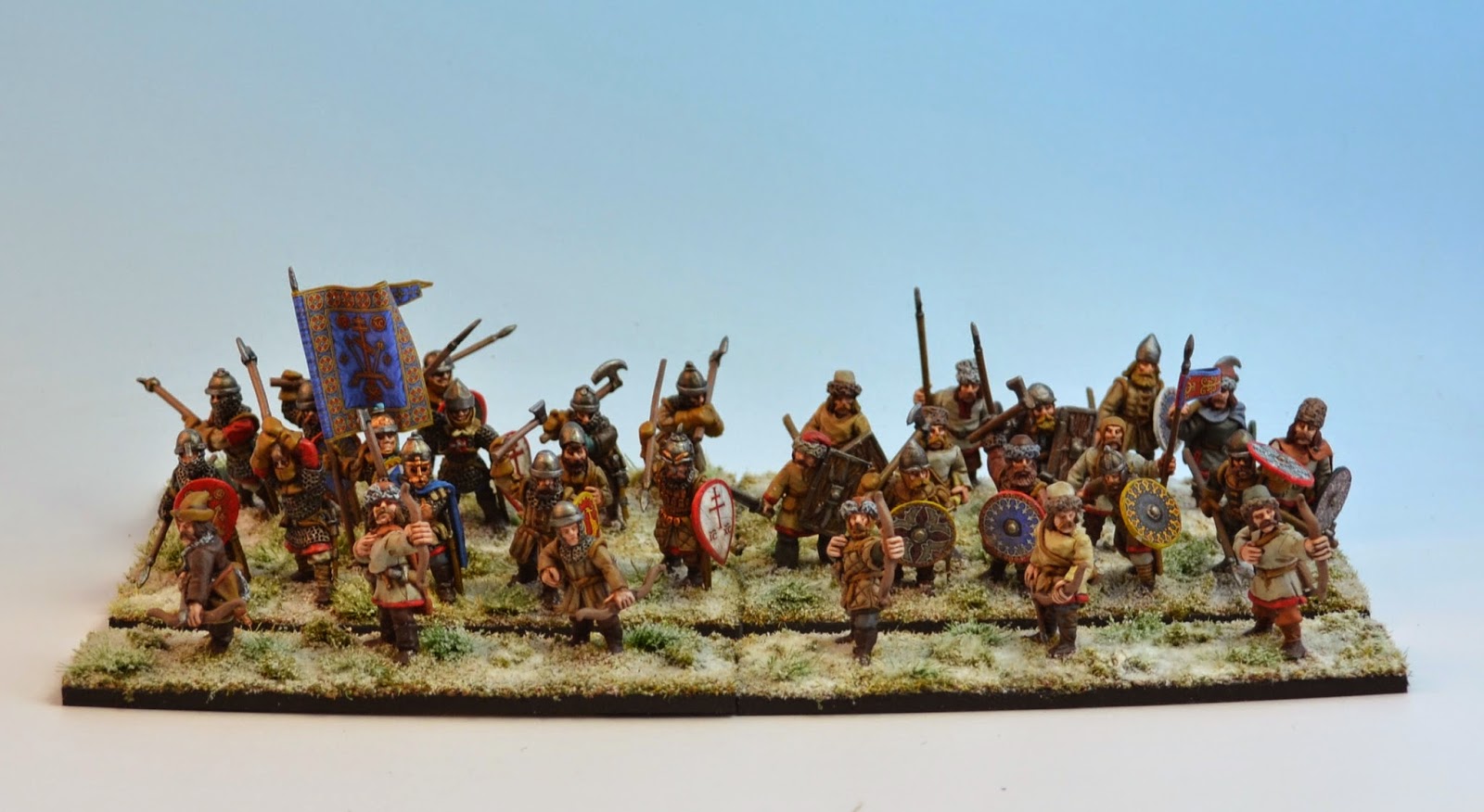 Lets hope they get off to a victorious start, i will keep you posted.
Posted by flyingshedpainting service at 08:02 4 comments:

Been busy finishing off a couple of commisions.

First off we have have some Hittites from Foundry. Quite tricky to get the skin tone right but i am happy with the end result. 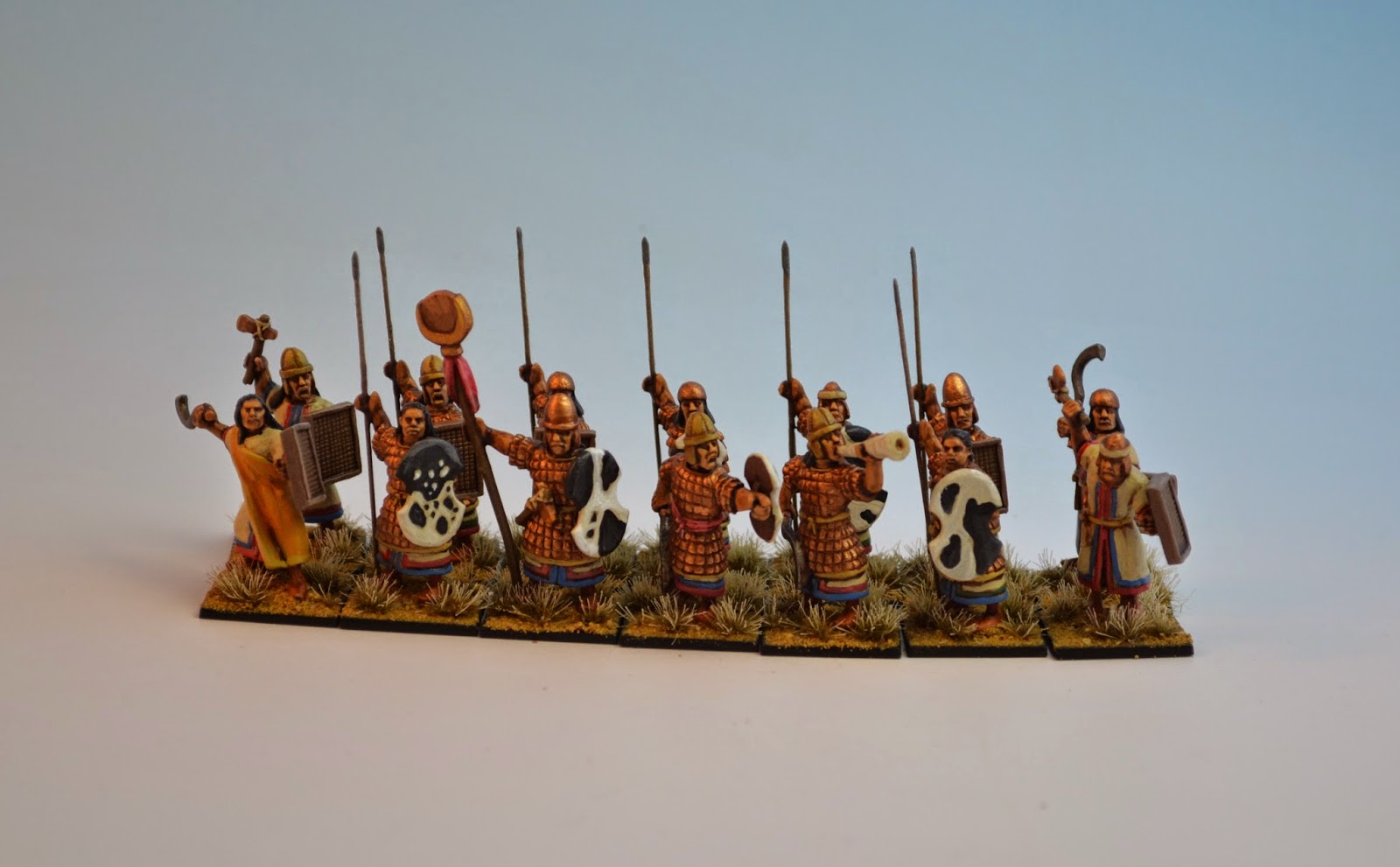 We also have Smaug, OOP model from Games Workshop 10mm Warmaster. Client will finish off the basing themself. 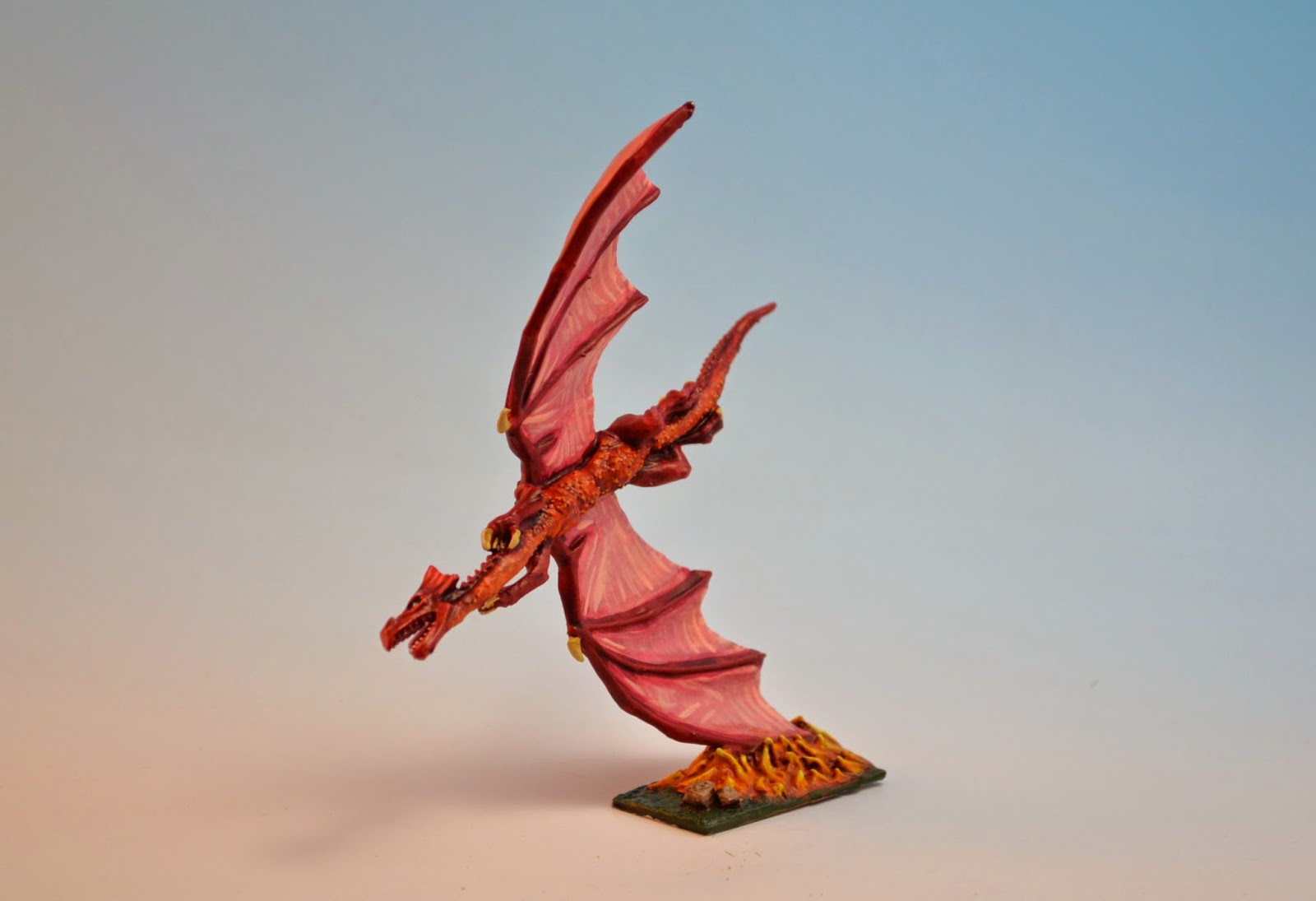 Posted by flyingshedpainting service at 03:43 No comments:

Finished of some Armoured Support options for my Bolt Action 82nd Airborne. 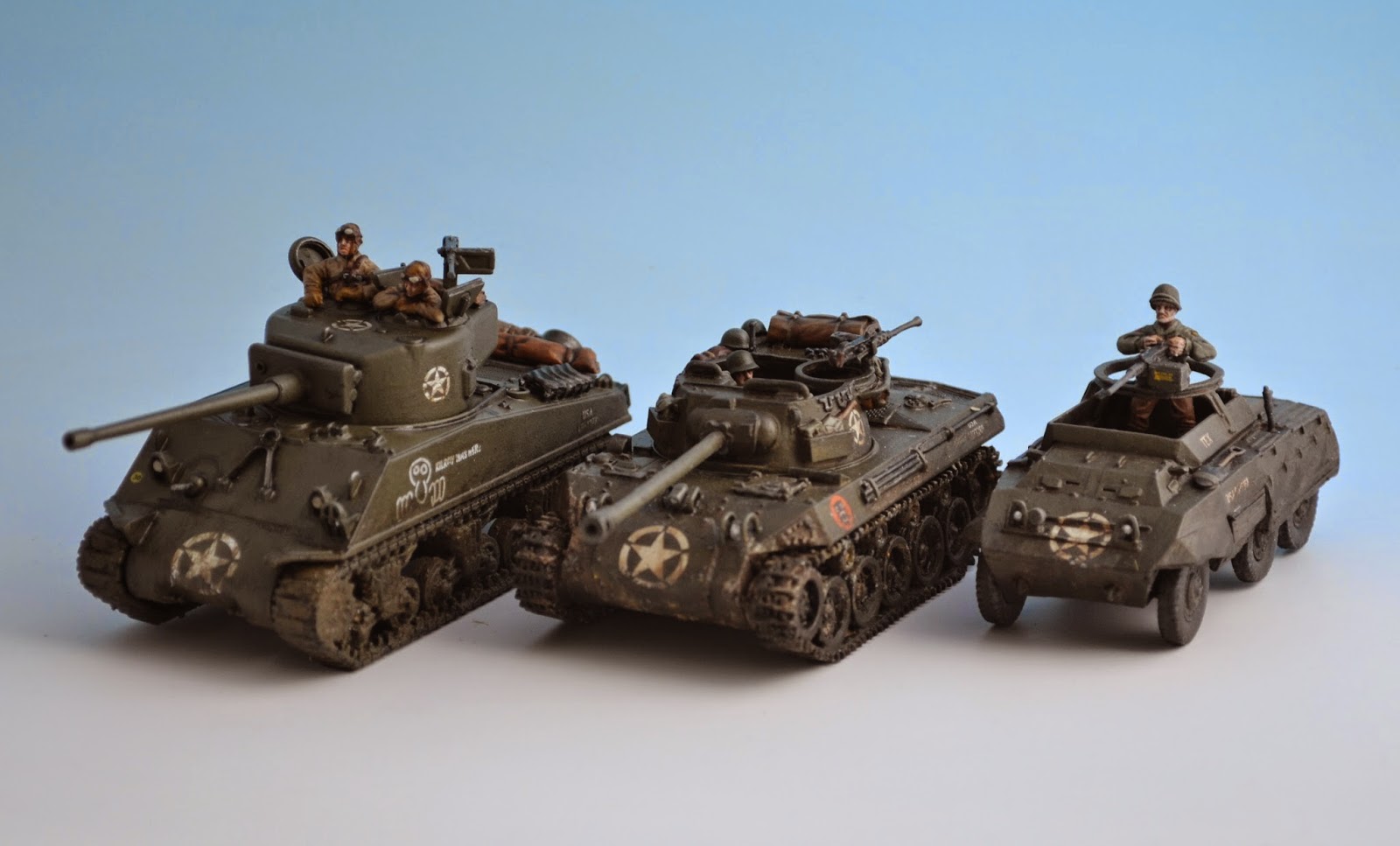 The M20 Scout Car is a mash up of a 1/56 Warlord M8 Greyhound and the Tamiya 1/48 M20 Kit. Not the cheapest way to go about it but i couldn't decide whether to use 1/48 or 1/56 scale vehicles with 28mm models. Read loads on the net and in the end I thought I just have to get 2 similar models and see for myself.  In the end I felt the 1/48 was to tall so i,m in the 1/56 camp. Some of the bits from the Tamiya kit are fitted straight onto the Warlord model, others needed chopping down. 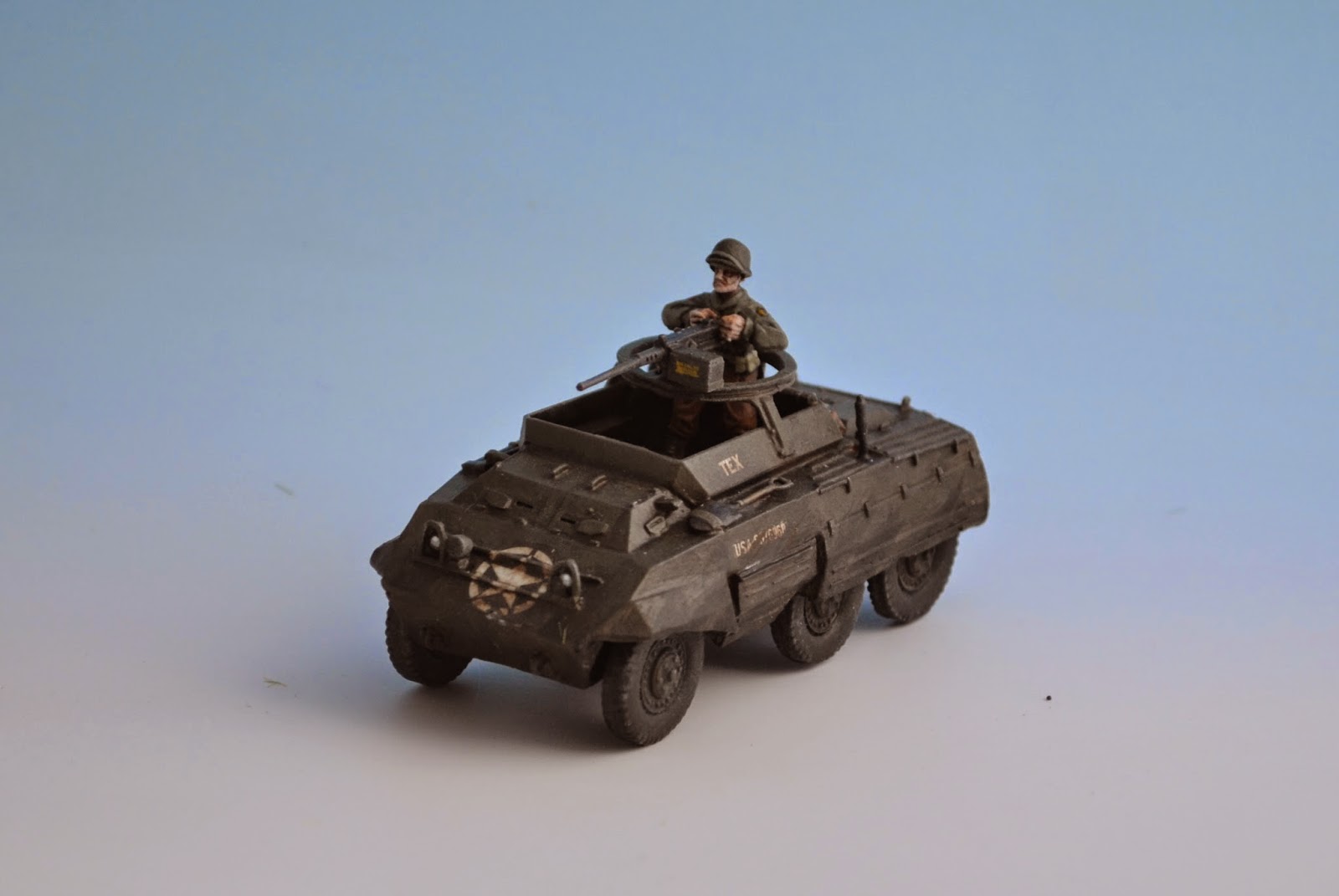 The Hellcat is from Warlord Games with some of the transfers coming from the Tamiya kit. 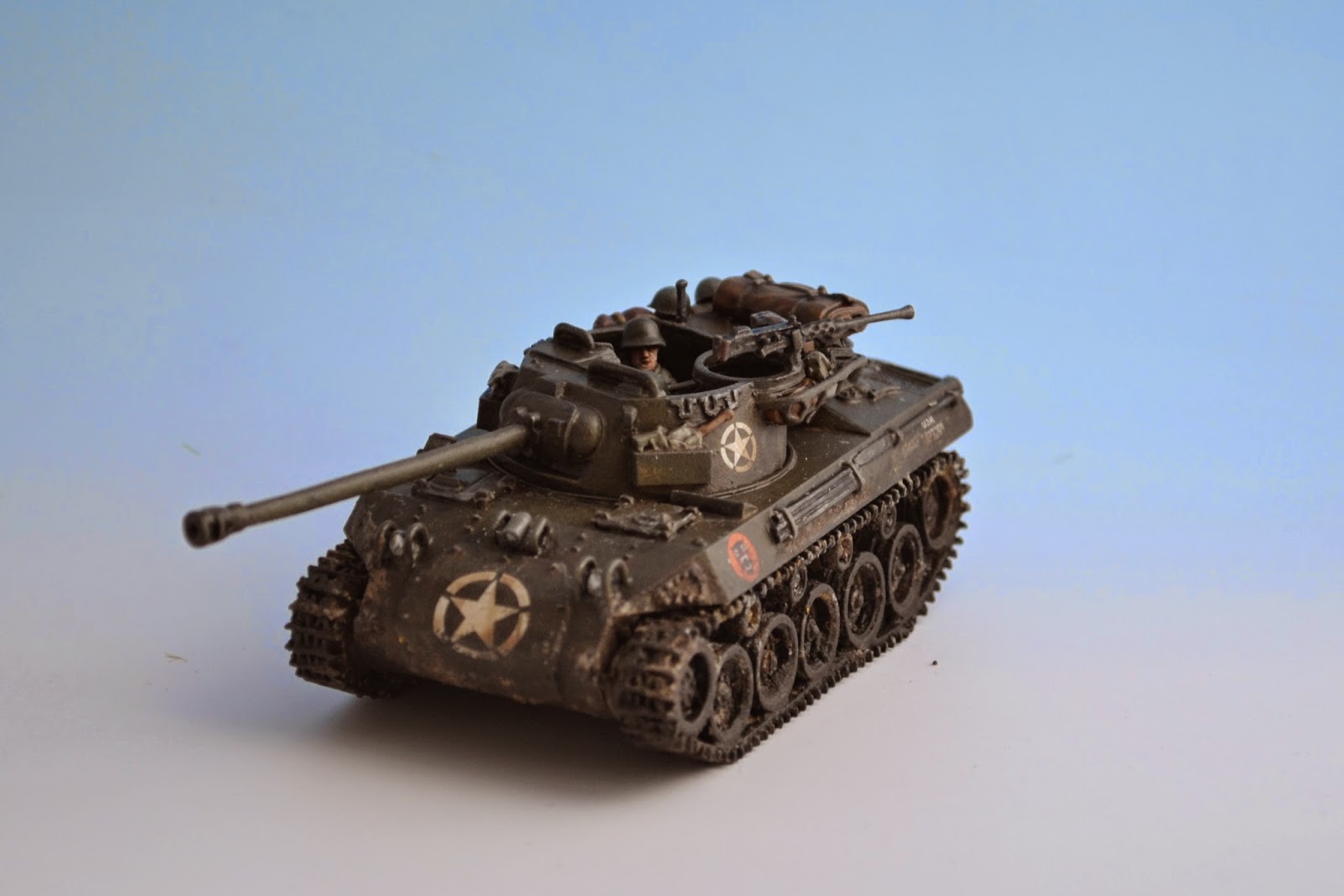 The Sherman is from Rubicon Models with the crew from Warlord. 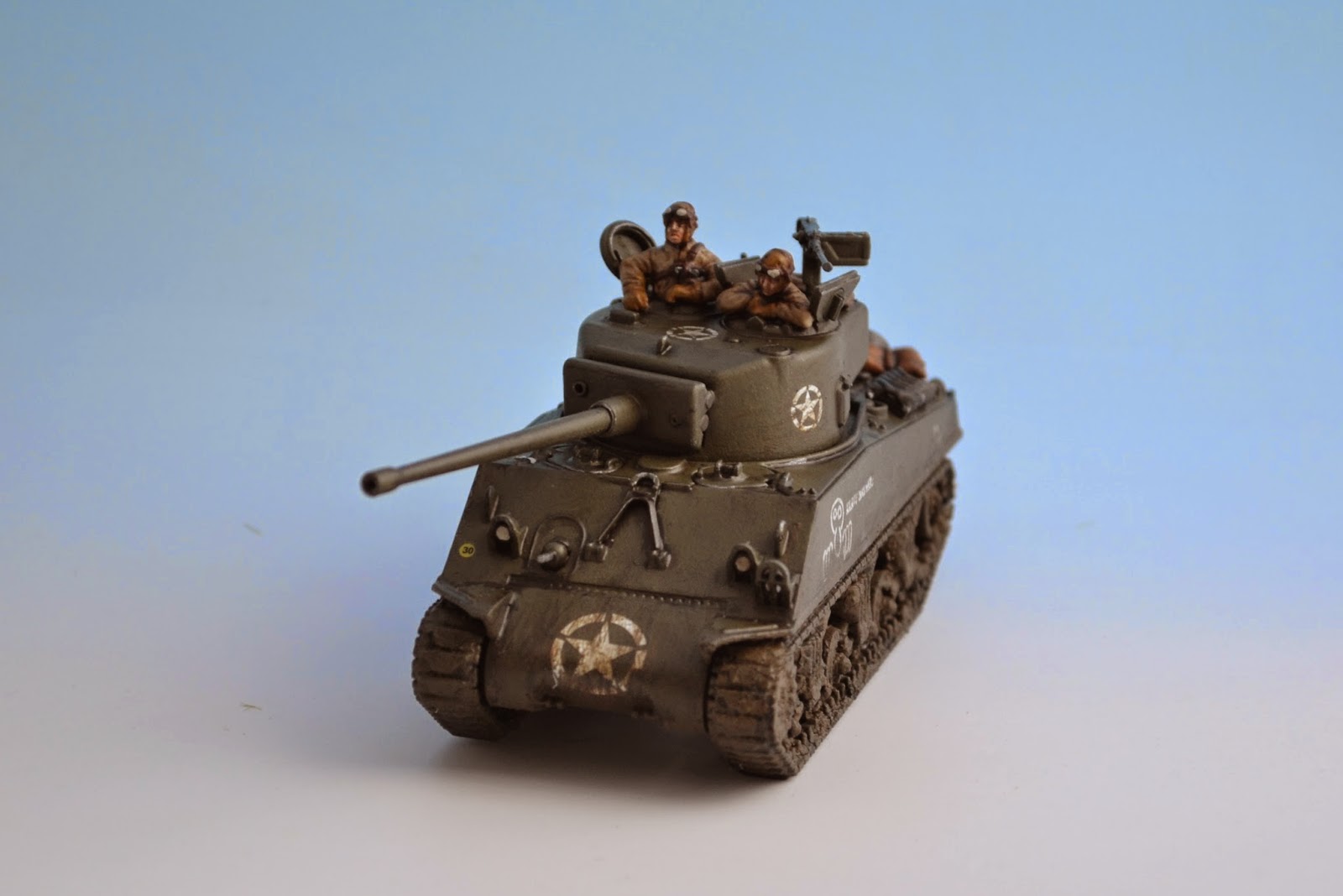 Also managed to add some fire support with a 75mm Howitzer from Artizan Designs. 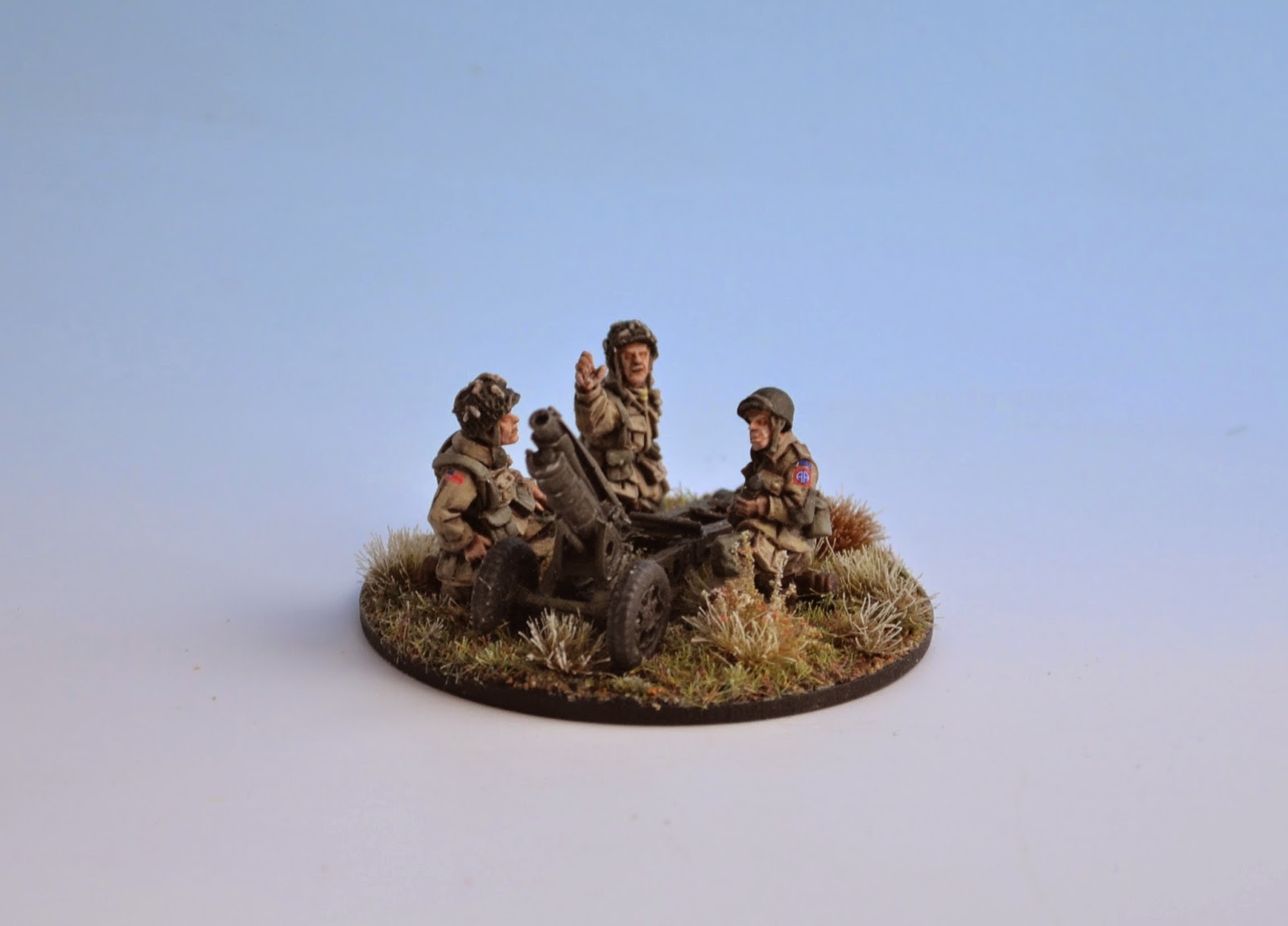 As a bit of a change of pace I have completed my first German to go up against them. It will be a while before I have a full force as they are a bit of a side project, but you can never have too much lead in the pile. 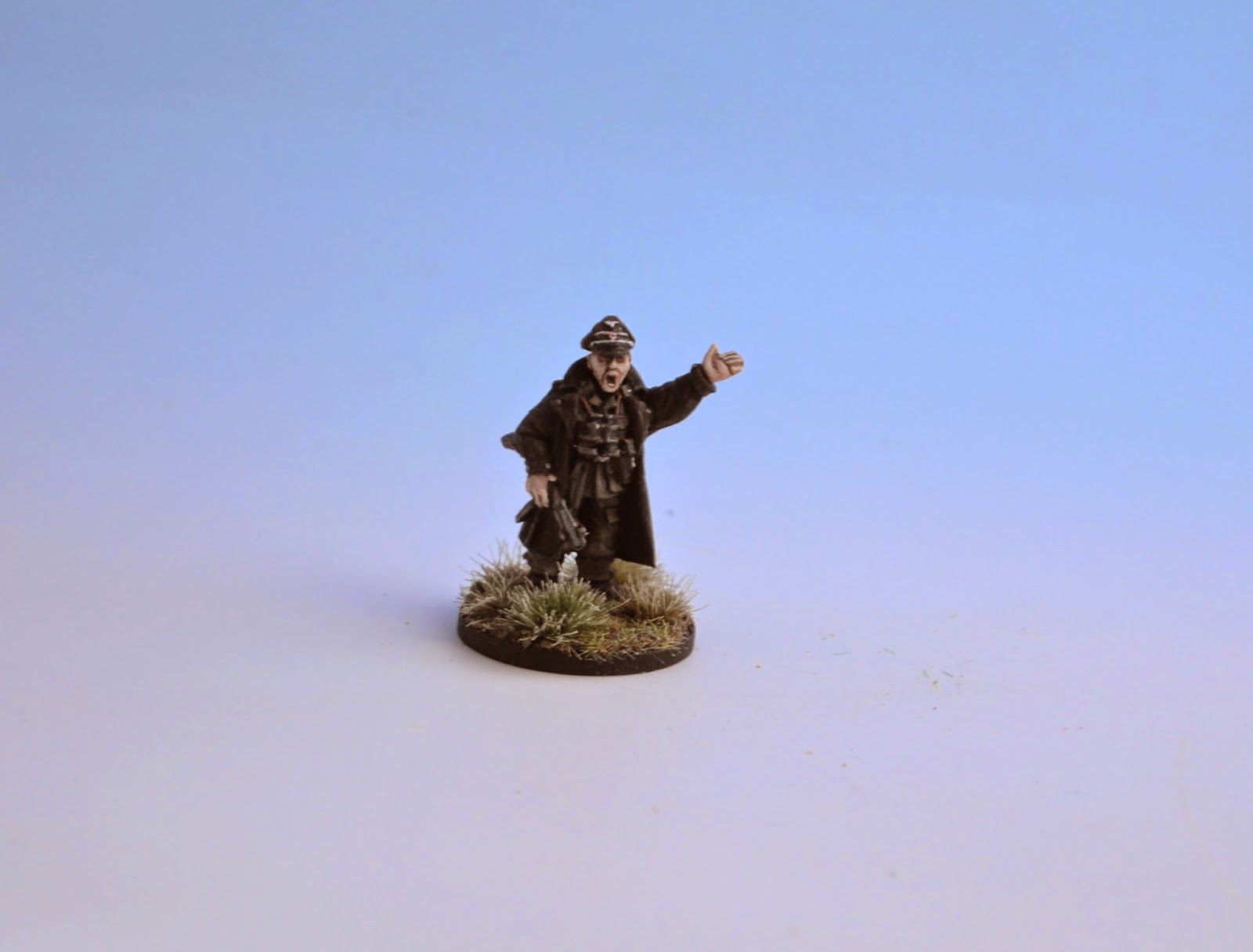 Posted by flyingshedpainting service at 05:13 No comments: