Funny figure of the great man i have painted for a client. 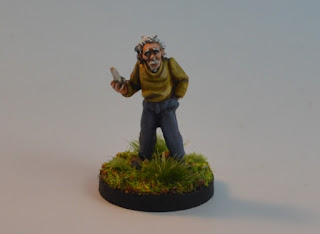 Managed to get a few games in over the holidays. First game was 400 point Impetus. Nevski Russians vs my brothers Teutonics . 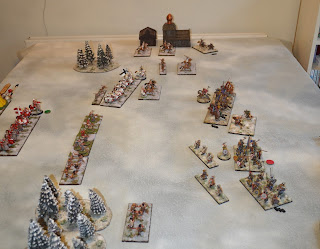 I sent one of my commands on a flank attack and typically it didn't arrive till the last turn. Pretty convincing win to my brothers Teutonic's. 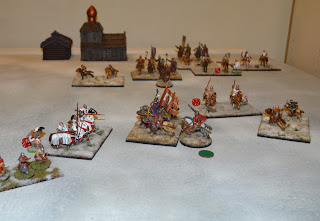 After that we re-fought Quatre Bras using the Blucher ruleset and cards from the 100days set. Great ruleset, think it is pretty hard scenario for the french to decisively win. Ended with the British holding both objectives. 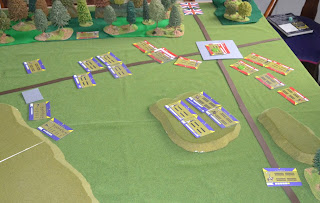 Finally we had a game of SAGA, vikings vs Normans. It was our first 6 point game so we went straight up kill the warlord scenario. 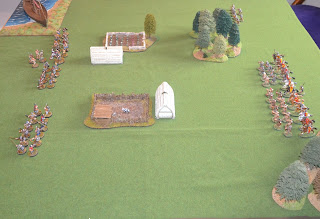 Managed to get a win after a head to head warlord combat. 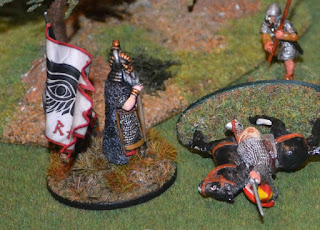 Posted by flyingshedpainting service at 07:30 No comments:

Email ThisBlogThis!Share to TwitterShare to FacebookShare to Pinterest
Labels: Battle report
Newer Posts Older Posts Home
Subscribe to: Posts (Atom)
If you are interest in a commission please visit my site at - flyingshedpaintingservice.com