I know i havent posted antyjing in a long time, what with a new job and life getting in the way. This doesnt mean i havent managed any gaming. I have just finised my latest army for Impetus.
They are New Kingdom Egyptians from Cuttingedge Miniatures, they are also availble from the Warlord Games site.

These figures are true 28mm scale, and quite small compared to a lot of the herioc scale 28mm mini's out there. I enjoyed painting them and happy with the result. Used a limited palette and that always helps to give the  army a cohesive feel. 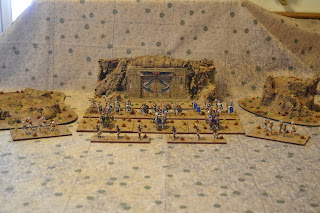 Army ready for battle. This is the basic Impetus army with 1 extra skirmisher. 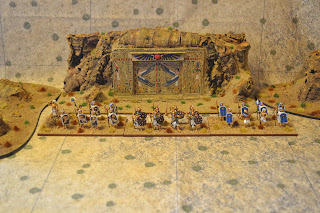 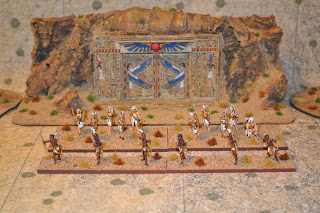 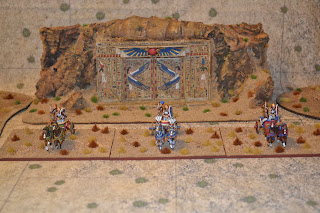 Also made the matching terrain. The tomb entrance will serve as my base camp when I play big Impetus.


Posted by flyingshedpainting service at 04:18 3 comments:

Managed to complete my first points in the Analogue Painting Challenge. 16 x 28mm French Napoleonic Light Infantry for a total of 80 points. First points on the board, now im off and running. 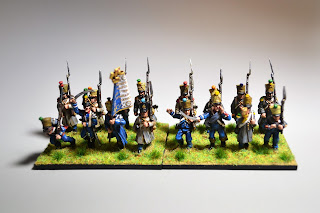 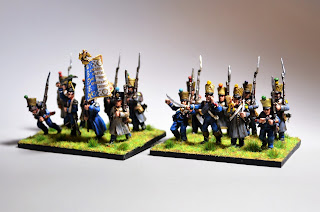 Posted by flyingshedpainting service at 09:42 2 comments:

I am not the most productive painter over the winter months so it is with some trepidation that i have signed up for the Analogue Hobbies Painting Challenge for the first time. Hopefully it will give me the impetus to finish some painting projects. Along with my brother we have agreeded a modest target of 400 points and will have our own mini duel between us.

The first figures on the table are part of my 28mm Blucher project. I like the Blucher ruleset, whenever i play Napoleonics i want to imagine myself as Napoleon or Wellington and the rules give that grand tactical feel, throwing corps into action. I know most people play the rules with smaller scale miniatures but i have always been a 28mm player, i enjoy painting at that scale and all my terrain is for that scale.  I wasnt sure about it but seeing Dots of Paints blog convinced me to have a go.

I have a small 1812 Russian army which i have based at the small scale where 1 base equals 2-3 battalions of infantry.  I like this scale as it allows me to paint up some of the smaller more colourful napoleonic units and still gives me the flexibility to play at the recommended scale. 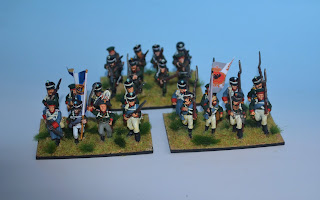 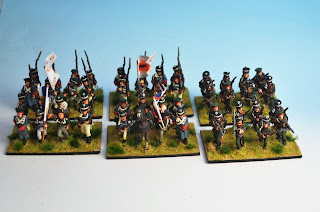 For the painting challenge i have decided to bolster my French forces. I have a couple of units but not enough to field a full force. 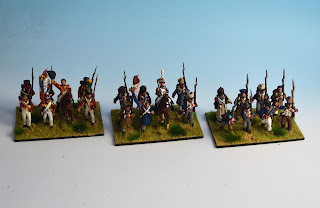 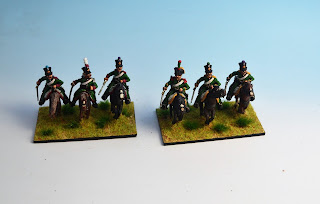 French Napoleonic forces based for Blucher.

Last photo shows the first miniatures ready for the start of the challenge. I know there are a few painted figures in there, these wont count towards the challenge. So in total there are 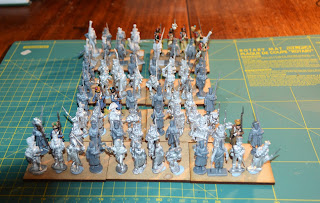 Thats 62 minis at 5 points each, which should net me 310 points towards my 400 point target. I am going to start with the 2 bases of Light Infantry and we will se how i get on.

Posted by flyingshedpainting service at 12:08 17 comments:

More Knight Models, this time its the Brotherhood of Evil Mutants.

Love the Magneto figure, its a great game if you are thinking about giving it a try, full of flavour and great for storey telling.
http://knightmodels-store.com/MARVEL-UNIVERSE-MINIATURE-GAME/EN 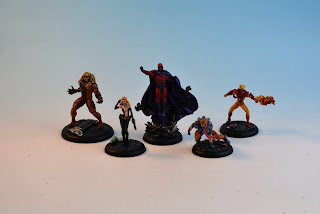 Email ThisBlogThis!Share to TwitterShare to FacebookShare to Pinterest
Labels: Superhero

Commission wise i have been busy painting Robin Hood and his band  of Outlaws. The evil Sheriff sneaked in there as well. Not sure of the make of all the figures. Was quite generous with the foliage on the bases to give a forest feel. 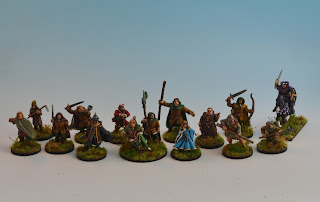 Have finished the last of the Knight Models, Marvel Universe starter sets. This last one was the X-men and Deadpool. They are some of my favourite superheroes so i an not sure why i did them last, but they are all done know and ready for the tabletop. 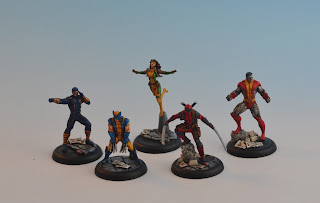 Also finished Groot to go alongside the Guardians of the Galaxy. Great model to paint and really happy how he came out. 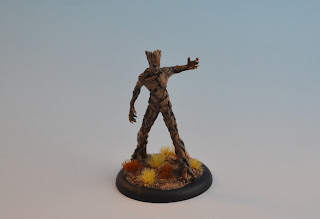 Email ThisBlogThis!Share to TwitterShare to FacebookShare to Pinterest
Labels: Superhero

Finished another Frostgrave warband. This one with a strong purple theme and snow bases. 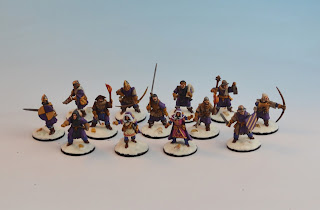 Email ThisBlogThis!Share to TwitterShare to FacebookShare to Pinterest
Labels: Frostgrave
Older Posts Home
Subscribe to: Posts (Atom)
If you are interest in a commission please visit my site at - flyingshedpaintingservice.com